As we’ve written before, no two people have the same experience of a mental illness. What people don’t realize is that illnesses such as depression may appear in many different forms, many of which have similar symptoms.

If you feel sad or empty, have trouble concentrating or sleeping, and symptoms last for two weeks or more, you may have depression, and should talk to your doctor about your symptoms and what treatment options are open to you.

Here are 12 unique forms depression may take, as well as preferred treatment options.

Major depressive disorder, sometimes called clinical depression, is the most common form of depression. More than 16 million adults have experienced it at least once in their lives.

Treatment options can include antidepressants and talk therapy, such as cognitive behavioral therapy.

Treatment options are similar to those for major depressive disorder.

While bipolar disorder is not actually a type of depression, it shares some symptoms of depression. People with bipolar disorder experience manic highs which are associated with euphoric feelings and high energy levels and depressed lows, in which they feel exhausted and depressed. They can also experience suicidal thoughts. Highs and lows can last for days, or longer.

People with bipolar disorder aren’t always moving between two poles. In between episodes, they may not experience any emotional symptoms at all.

Treatments include medication and talk therapy. Personal management strategies include setting up a schedule for yourself, building relationships with friends, journaling and keeping track of your mood, and eating healthy while cutting out alcohol consumption or recreational drug use.

To read our article on seasonal affective disorder, click here.

Sometimes, symptoms of depression can be associated with the shorter days and reduced sunlight of autumn and winter. More rarely, seasonal affective disorder can occur in the spring or summer.

Treatments may be similar to those for major depressive disorder, or they may include modification of sleeping schedules and use of a light box to simulate sunlight. Symptoms of seasonal affective disorder may ease on their own when spring arrives, but if they affect your quality of life, you should still talk to your doctor.

Psychosis is a loss of contact with reality, associated with delusions or hallucinations. Psychotic depression, more properly known as major depressive disorder with psychotic features, is a serious condition that requires attention from a medical professional and even may involve a short hospital stay. People with psychotic depression may be at a higher risk for self-harm or suicide.

Treatments may include the use of antidepressants and antipsychotics.

It’s normal for new mothers to feel a little blue after their baby’s birth. However, if those feelings persist, they may constitute postpartum depression.

Symptoms may appear up to a year after birth and include:

If these symptoms persist, consult your doctor.

Premenstrual syndrome, with cramping and moodiness, is well-known. However, if the symptoms are severe enough to affect your job and relationships, you may have premenstrual dysphoric disorder. Symptoms begin 7 to 10 days before your period and go away a few days after it starts. Make sure to talk to your doctor, as irregular periods can be symptoms of serious health problems.

“Change is rough.” It’s a truism for a reason. However, if moving forward is difficult and you have symptoms of depression, anxiety, or both, you may have an adjustment disorder. Symptoms frequently start within 3 months of a major life change and are usually gone within 6 months. However, depending on the situation, symptoms may last longer. Talk therapy is the most common treatment.

If your depression symptoms seem to lift after a good day or a positive event, you may have atypical depression.

For some people with depression, medication and therapy are the boost they need to go on with their lives. However, some people don’t see improvement, even with treatment.

It can take around six to 12 weeks for medication to take effect, so it may take time to know if your depression is treatment-resistant.

Everyone’s experience of depression is different. There are also more options for treatment than just medication and therapy—for example, transcranial magnetic stimulation or electroconvulsive therapy. If one form of treatment doesn’t work, your doctor will recommend another, until he or she finds a treatment method that works for you.

If you think you may have depression, talk to your doctor. Even if your symptoms are actually pointing to a different health problem, he or she can help. With proper treatment, your symptoms can be reduced and your overall quality of life can improve.

Katherine Hartner is Encounter Telehealth’s Social Media and Marketing Intern. She is studying journalism, with a concentration in PR and advertising, at UNO. She has written multiple articles for the Gateway, UNO’s student-run newspaper, and is active with MavRadio, UNO’s college radio station. In her free time, she enjoys writing fiction, gardening, and volunteering. 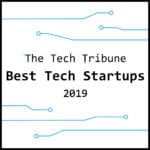